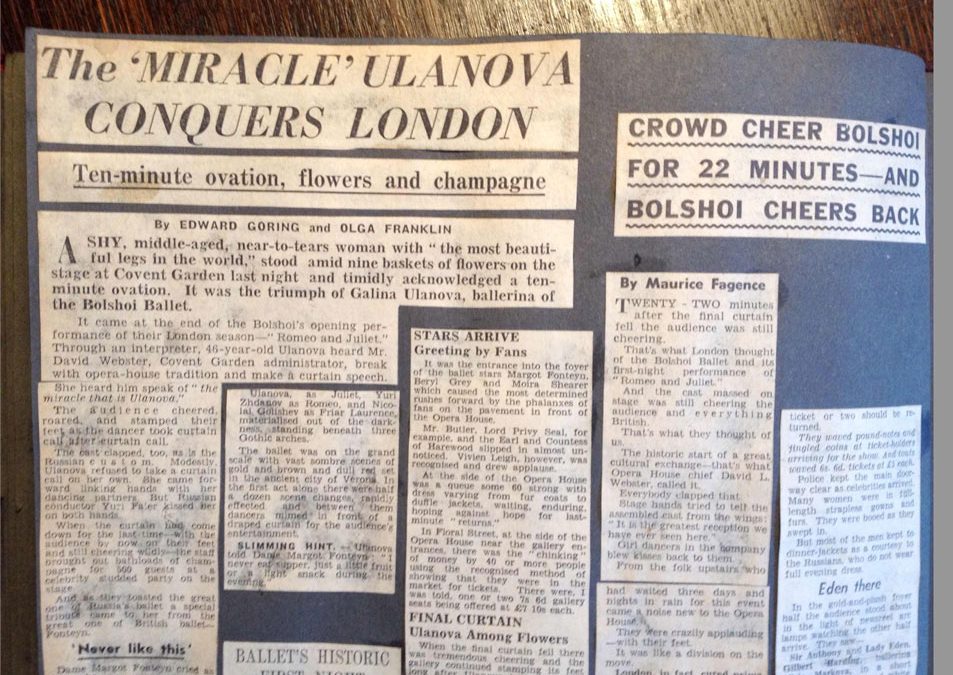 In the celebration dedicated to the 105th anniversary of G.S.Ulanova’s birth, the Foundation gathered those for whom she was not just a symbol of great ballet, but a person who lived a bright life. The meeting was held in the museum-apartment of the ballerina in the famous high-rise on Kotelnicheskaya embankment. That evening the museum was enriched with new exhibits. A rare archive – drawings, articles, photos of Ulanova’s first English tour of the Bolshoi Theatre in 1956 –  was given to the Foundation by the artist Rosina Winiarsky. And the President of the Foundation V. Vasilyev gave them to the Museum-apartment of Ulanova. These albums are over sixty years old. Rosina’s house was burned down, she temporarily lives in a wagon, but her precious relics were saved. Rosina made a hundred and forty drawings of Ulanova with pencil and ink. Most are dated October 1956. “Rosina is an amazing woman. “We met her later in London. After all these years, she has carried, preserved in the heart of this delight Russian ballet, where the key figure for her was, is and will be Galina Ulanova, “- says the Executive Director of the Foundation M.Y. Panfilovich.